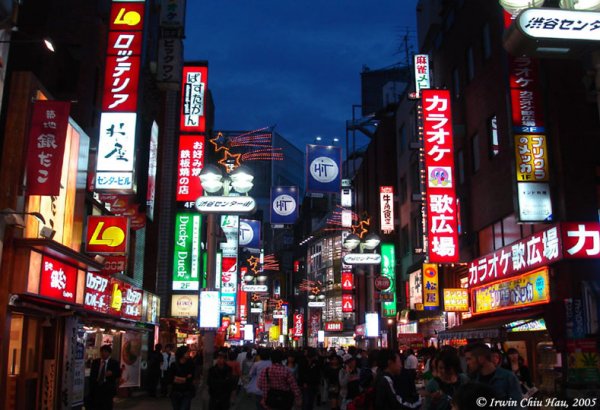 January
Japan comes to life after the lull of the New Year holiday (things open on 3 or 4 January). Winter grips the country in the mountains and in the north, but travel is still possible in most places.

SHŌGATSU (NEW YEAR)
New Year (31 December to 3 January) is one of the most important celebrations in Japan and includes plenty of eating and drinking. The central ritual, hatsu-mōde, involves the first visit to the local shrine to pray for health, happiness and prosperity during the coming year.

SKIING
While many ski areas open in December, the ski season really gets rolling in January. For more details, see the Skiing in Japan chapter.

SEIJIN-NO-HI (COMING-OF-AGE DAY)
On the second Monday in January, ceremonies are held for boys and girls who have reached the age of 20. A good place to see the action is at large shrines, where you’ll find crowds of girls in kimonos and boys in suits or kimonos.

February
It’s still cold in February in most of Japan (with the exception of Okinawa). Skiing is in full swing and this is a good time to soak in onsen.

SETSUBUN MATSURI
On 3 or 4 February, to celebrate the end of winter and drive out evil spirits, the Japanese engage in throwing roasted beans while chanting ‘ oni wa soto, fuku wa uchi ’ (meaning ‘out with the demons, in with good luck’). Check local shrines for events.

YUKI MATSURI
Drawing over two million annual visitors, Sapporo’s famous snow festival ( Click here ) really warms up winter in Hokkaidō from 7 to 13 February. Teams from around the world compete to create the most impressive ice and snow sculptures. After touring the sculptures, head to one of the city’s friendly pubs and eateries to warm up with sake and great local food.

March
By March it’s starting to warm up in the main islands of Japan. Plums start the annual procession of blossoms across the archipelago. This is a pleasant time to travel in Honshū, Kyūshū and Shikoku.

PLUM-BLOSSOM VIEWING
Not as famous as the cherries, but quite lovely in their own right, Japan’s plum trees bloom from late February into early March. Strolling among the plum orchards at places like Kyoto’s Kitano Tenman-gū ( Click here ) is a fine way to spend an early spring day in Japan.

April
Spring is in full swing by April. The cherry blossoms usually peak early in April in most of Honshū. Japan is beautiful at this time, but places like Kyoto can be crowded.

CHERRY-BLOSSOM VIEWING
When the cherry blossoms burst into bloom, the Japanese hold rollicking hanami (cherry-blossom viewing) parties. It’s hard to time the blossoms: to hit them at their peak in Tokyo or Kyoto, you have to be in the country from around 25 March to 5 April.

TAKAYAMA MATSURI
Held on 14 and 15 April, the Takayama Matsuri is one of the best festivals in the Japan Alps region. The festival floats here are truly spectacular. Book well in advance if you want to spend the night.

May
May is one of the best months to visit Japan. It’s warm and sunny in most of the country. Book accommodation well in advance during the April/May Golden Week holidays.

GOLDEN WEEK
Most Japanese are on holiday from 29 April to 5 May, when a series of national holidays coincide. This is one of the busiest times for domestic travel, so be prepared for crowded transport and accommodation.

June
June is generally a lovely time to travel in Japan – it’s warm but not sweltering. Keep in mind that the rainy season generally starts in Kyūshū and Honshū sometime in June. It doesn’t rain every day but it can be humid. Most of the snow has melted off the high peaks of the Japan Alps by June and hikers flock to the trails. You should check conditions before going, however, as big snow years can mean difficult conditions for skiers.

July
The rainy season ends in Honshū sometime in July and, once it does, the heat cranks up and it can be very hot and humid. Head to Hokkaidō or the Japan Alps to escape the heat.

MT FUJI CLIMBING SEASON
Mt Fuji officially opens to climbing on 1 July, and the months of July and August are ideal for climbing the peak.

GION MATSURI
Held on 17 July, this is the mother of all Japanese festivals. Dozens of huge floats are pulled through the streets of Kyoto by teams of chanting citizens. On the three evenings preceding the parade, people stroll through Shijō-dōri’s street stalls dressed in beautiful yukata (light cotton kimonos).

August
August is hot and humid across most of Japan. Once again, Hokkaidō and the Japan Alps can provide some relief. Several interesting festivals happen in Japan in August.

NEBUTA MATSURI
Held in Aomori, at the northern tip of Honshū, for several days in early August, this is one of Japan’s more colourful festivals. On the final day of the festival enormous parade floats are pulled through the city by teams of chanting dancers.

AWA-ODORI MATSURI
The city of Tokushima, on the southern island of Shikoku, comes alive from 12 to 15 August for the nation’s largest and most famous bon dance. Teams of dancers take to the streets to perform sake-inspired bon dances, and the best troupes are awarded prizes. Bon dances are performed to welcome the souls of the departed back to this world (and this is usually considered a good excuse to consume vast quantities of sake).

O-BON (FESTIVAL OF THE DEAD)
The Buddhist festival of the dead occurs in mid-August (it is one of the high-season travel periods). This is a time when ancestors return to earth to visit their descendents. Lanterns are lit and floated on rivers, lakes or the sea to help guide them on their journey. See also Daimon-ji Gozan Okuribi (below).

DAIMON-JI GOZAN OKURIBI
Huge fires in the shape of Chinese characters and other symbols are set alight in Kyoto during this festival, which forms part of the O-Bon (festival of the dead). It’s one of Japan’s most impressive spectacles.

SUMMER FIREWORKS FESTIVALS
Cities and towns across Japan hold spectacular summer fireworks festivals in August. You’ll be amazed at the quality and duration of some of these incredible displays.

EARTH CELEBRATION
The island of Sado-ga- shima, off the coast of Northern Honshū, is the scene of this internationally famous festival of dance, art and music. The festival is held in the third week of August.

September
Sometime in early to mid-September, the heat breaks and temperatures become very pleasant in the main islands. Skies are generally clear at this time, making it a great time to travel.

KISHIWADA DANJIRI MATSURI
Huge danjiri (festival floats) are pulled through the narrow streets in the south of Osaka during this lively festival on 14 and 15 September. Much alcohol is consumed and occasionally the danjiri go off course and crash into houses.

October
October is one of the best months to visit Japan: the weather can be warm or cool and it’s usually sunny. The fall foliage peaks in the Japan Alps at this time.

KURAMA-NO-HI MATSURI
On 22 October, huge flaming torches are carried through the streets of the tiny hamlet of Kurama ( Click here ) in the mountains north of Kyoto. This is one of Japan’s more primeval festivals.

November is also beautiful for travel in most of Japan. Skies are reliably clear and temperatures are pleasantly cool. Snow starts to fall in the mountains and foliage peaks in places like Kyoto and Nara. Expect crowds.

SHICHI-GO-SAN (7-5-3 FESTIVAL)
This is a festival in honour of girls aged three and seven and boys aged five. On 15 November, children are dressed in their finest clothes and taken to shrines or temples, where prayers are offered for good fortune.

December
December is cool to cold across most of Japan. The Japanese are busy preparing for the New Year. Most things shut down from 29 or 30 December, making travel difficult (but transport runs and accommodation is open). SHŌGATSU (NEW YEAR)

The country shuts down on the last two or three days of the year. Transport is busy as people head back to their hometowns. On New Year’s Eve, people visit temples to ring bells and shrines to wish for a lucky New Year.